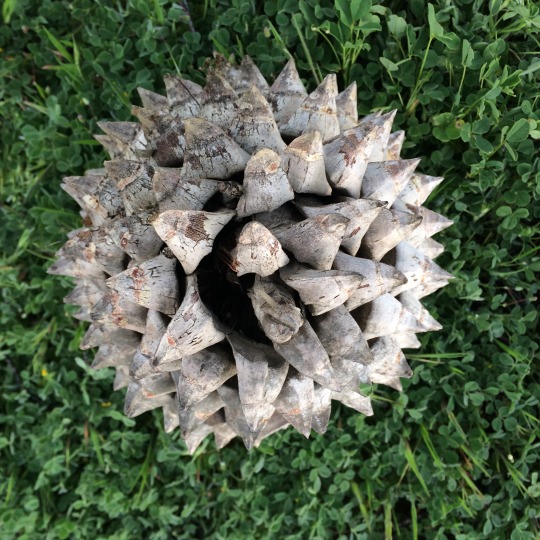 I was on a California backpacking trip with my brother when I came across this wonderful, huge pine cone. I was curious about its backstory, so I consulted my mother, who knows pretty much everything about trees, and learned that it’s a cone from the gray pine (Pinus sabiniana). It does well in fire-dominated areas since the seeds often are not released without high heat. As my mom explained, “When a fire roars through, these tough pine cones get charred, but they expel the seeds, which then have an open and well-fertilized (by the ashes) seed bed to germinate in, since other vegetation has burned off. White pine cones, in contrast, are not nearly as fire-resistant, and would burn up totally in a fire.” The area we hiked through showed the scars of a fire a few years prior, with many burnt trees and vegetation, so this seemed like a useful adaptation for this tree (we also found that the dense wood of this cone was great for starting a campfire). My mom also mentioned that the placement of the scales on the pine cone follows a Fibonacci sequence for optimal packing. While the gray pine cone wasn’t designed by a human, I thought it was an intriguing example of a tree’s design features as developed through response to evolutionary pressures. 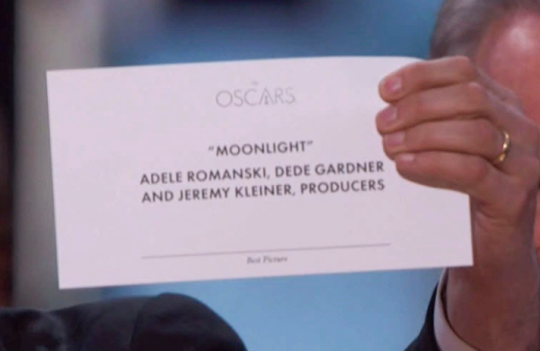 What I’ve Got: Bad Design at the Oscars 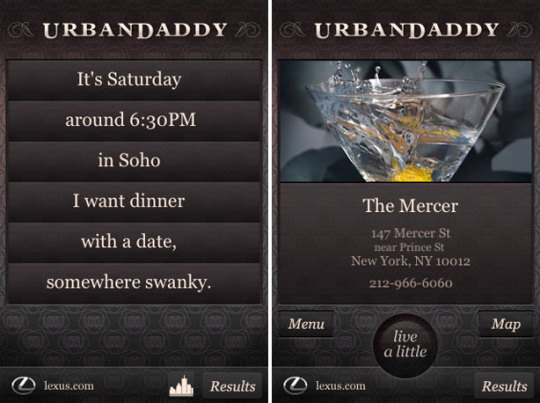 What I’ve Got: The Next Move App 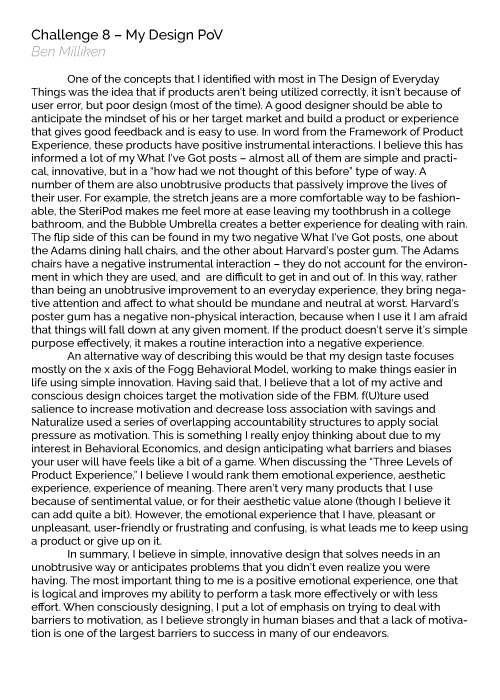