Catherine Le – Challenge 1: To The Moon

To The Moon is a role-playing experience in which you must
intervene in a person’s memories to fulfill their dying wish. Based on the
video game by Freebird Games, the premise is that you are part of a team
working for a corporation that uses a technology that can create artificial
memories. Since these artificial memories conflict with the patient’s real
memories, this procedure is only legal to do on people who are near death.
While you wait in line for the play, you will learn the basic facts of the
person’s life and the wish they want fulfilled.

The play is set in a multi-story building with corridors of
rooms, each representing an important memory in the person’s life. There are
stairs and hallways leading to different scenes and your group must collaborate
in these spaces to figure out a plan before entering the next room. You will
get a description of the memory and a box of props as tools. Each scene is an
important memory that helps you understand the next, filled with interactive
elements and people – a childhood bedroom full of belongings, letters, and
friends to talk to, for example. The final scene requires you to improvise an
explanation of how the wish was fulfilled to the dying person, an actor who has
witnessed all of your interventions.

In this play, To the Moon, an old man named Johnny wants to go
to the moon but he doesn’t know why. Your job is to go back in time, learn more
about him, and create new memories based on that desire by interacting with the
people in his past. The goal is to help him believe that he has lived without
any regrets by the end. To do so, you must gather information about the forces
which have shaped him – his family, the opportunities he had, the communities
he lived in. Then, you interact with him and the people in his life to figure
out why he wants to go to the moon. You “create new memories” by talking to him
and the people in his life, by discovering their motivations and convincing
them to act in ways that improves Johnny’s life.

There will be multiple versions of the same premise on memory featuring
people from vastly different backgrounds and dying wishes. Each story will show
how socialization leads people to different ideologies and life paths that are
largely beyond their control. The underlying message is that few individuals
truly control their life outcomes and almost all systems are broken in some
way. That is why wishes often go unfulfilled – but in this world, you have the
chance to understand what shapes a person’s life and intervene. The audience
becomes active spectators with the power to witness and change a life as it
ends, tapping into the common wish to alter the past. In this way, the dual
desires of walking in another person’s shoes and that of voyeurism are
fulfilled. Each story arc will be based on the 5 most common regrets people
reveal on their deathbed:

1.
I wish I’d had the courage to live a life true to myself, not
the life others expected of me.

3.
I wish I’d had the courage to express my feelings.

4.
I wish I had stayed in touch with my friends.

5.
I wish that I had let myself be happier.

By allowing them to act and undo these universal regrets, the
play aims to connect people to experiences which may be entirely different from
their own. They do not just relive someone else’s footsteps but actively
intervene and identify with common wishes underlying the life of a stranger. In
the end, each play is a tangible memento of a different life that the audience
can keep as a perspective that they once lived. 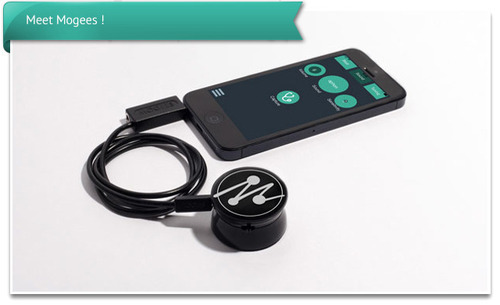 What I’ve Got: Mogees App

What I’ve Got: Beats Pill