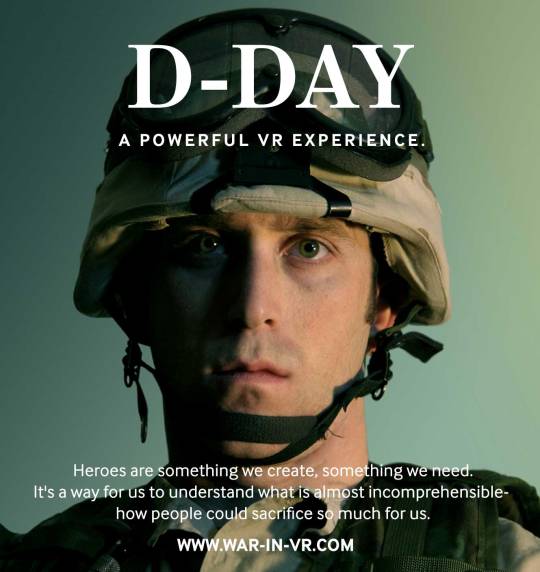 D-DAY is a virtual reality experience that seeks
to deliver the most realistic portrayal of war, an attempt to show users the
gravity of what soldiers endured, and a call to action for us to realize that
these people were ordinary people, no different from us. Participants will be
transported to Omaha beach on D-Day, where they are virtually fitted with a
soldier’s gear and are able to be part of one of the most tragic battles in
history. The experience strongly caters to dual desires- the desire to become a
better person by being more informed about the atrocities of war, as well as
the desire for violence and action.

While war has long been the subject of feature films, most
directors glamorize battle scenes and spare viewers the horrors of war. This
experience does none of that. This is not a first-person shooter (that might be
the initial attraction for many viewers, and that is okay), or a gung-ho
extravaganza. This is meant to approximate the look and the smells of what
armed combat is really like.

Participants are first transported to one of many Higgins
boats on their way to Omaha Beach. Here, you have time to examine your
surroundings, see the nervousness of fellow infantry, and click on their
avatars to find out more about them. Every soldier has a story- one is a school
teacher in Iowa, one guy is looking forward to going back to see his sister
graduate from high school, another has already seen the death of three
brothers.

Suddenly, shells drop all around the boats and half of the battalion
is wiped out. The Coxswain are forced to drop the ramps, but the water is too
deep and most of your fellow soldiers that you just got to know end up
drowning. You watch helplessly as people struggle to float but are way
overweight with equipment.

After the participant is hit, he/she “wakes up” in
a medical tent, which is almost as bad as the battlefield. Injured soldiers
undergo amputations and surgeries with little anesthesia, and participants hear
it all. Again, they are given the opportunity to learn more about the ordinary
lives of those around them and connect on a deeper level. Shortly after, an
airstrike hits the tent and everyone is blown to pieces, ending the experience.

When participants come out the other end, they are greeted
by several war veterans who debrief the experience, talk about their lives
before and after the war, and how they deal with the trauma. Hopefully,
participants will come out with least an inkling of the sacrifices people make
to serve their country in the military. Hopefully, participants will feel a
great level of respect and connection to veterans of war, whether they are
standing, crippled, or homeless. 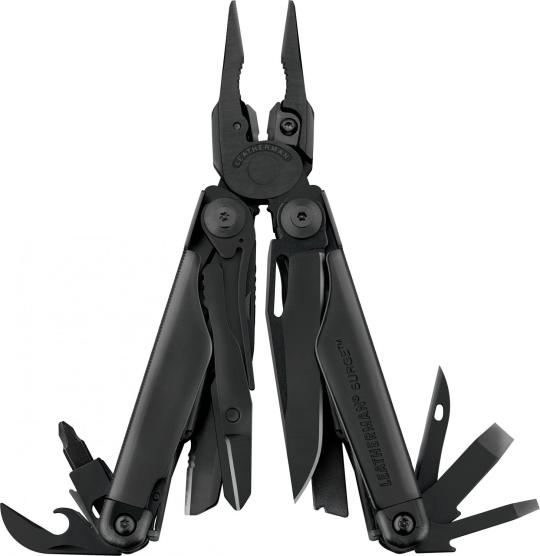 What I’ve Got: LeatherMan Multi-tool 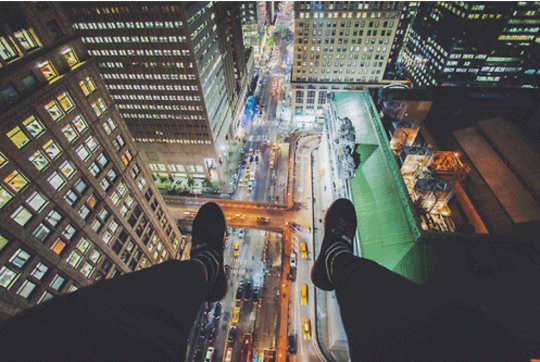 Metal Is The New Black