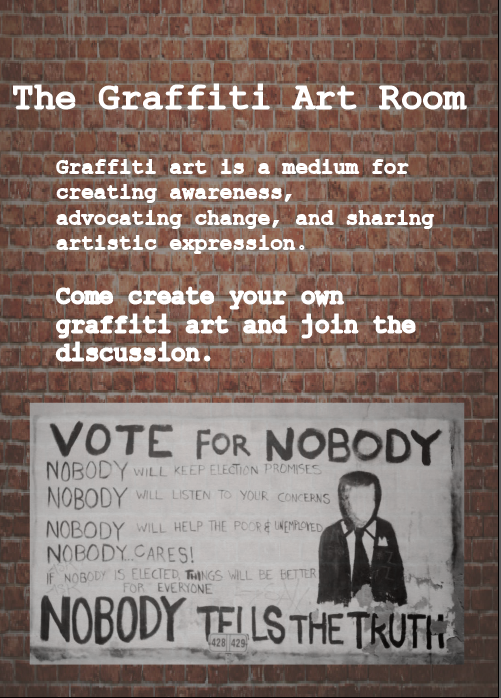 Graffiti art is a powerful medium for artistic expression, which has created awareness and advocated change, often in times of political unrest. Based on a refusal to participate in the mainstream, street art explores sensitive issues and encourages discussion.
Some perceive street art as criminal and a destruction of property, but
graffiti has become an increasingly popular tool for mass communication.

In the 1960′s, a group of students in Paris known as the Enrages, used graffiti art to express the repression they felt in French society. In the 1970′s in South Africa, graffiti art was a medium of expression during apartheid. A South African artist, Sue Williamson, stated that, “as press censorship increases, the writing on the wall has become required reading.”

The Graffiti Art Room caters to the desire of wanting to create and express oneself on a massive scale. It takes place in large warehouses, which provides participants a space to explore their artistic expression and tag without the fear (and consequence) of getting caught.

Act I: There is a theme for the evening, which is focused on a controversial issue. There are two rooms available, each representing one side of the polarizing topic. Participants will enter the room which best represents their beliefs on the issue. Each room is fully equipped with all tagging supplies and a few actors are in each room to help participants with technique and any other concerns which may arise.

Act III: At the end of the night, all participants from each room will visit the other room to observe and appreciate the artwork the other team has created. All participants will come together to share their experience, the story behind their artwork, how they perceive the other room’s art, and what they may have learned. 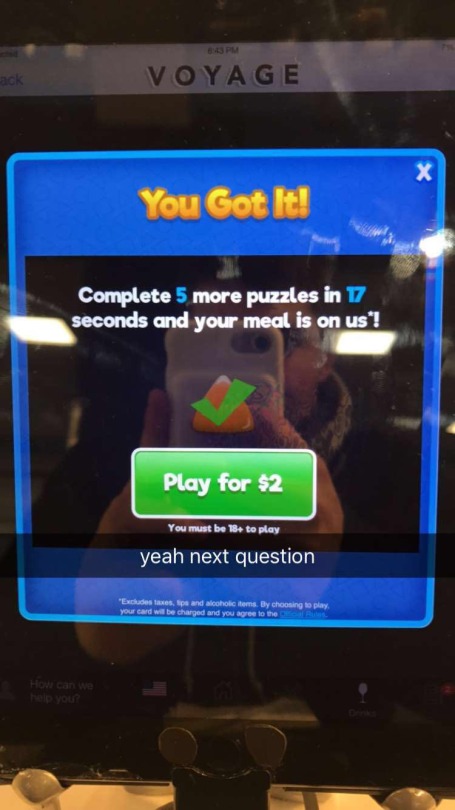 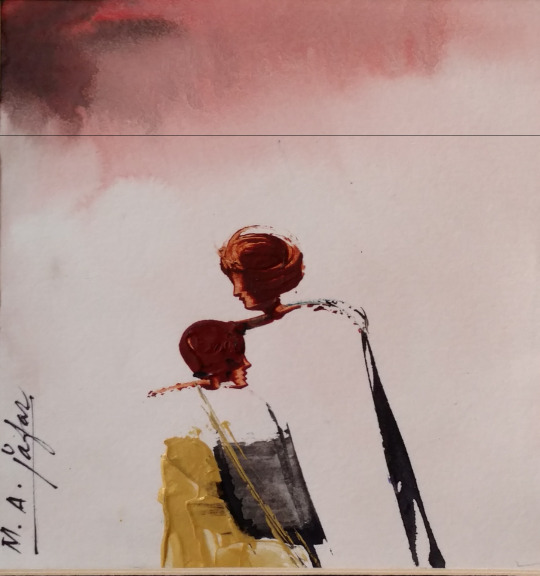 What I’ve Got: Paintings from Kala Ghoda 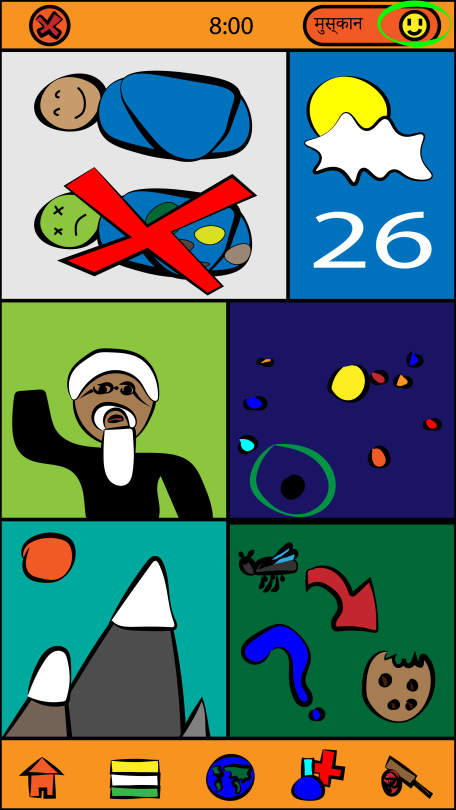