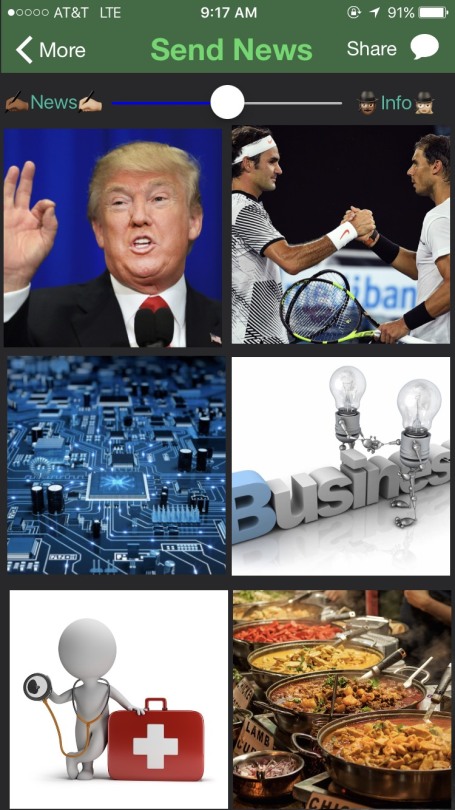 For this challenge, I designed Send News, a picture and emoji centric news-source, centered around the idea of disseminating captivating content that would create it’s own virality by mimicking the way news typically spreads in a rural area, via person-to-person contact. To make it more challenging and ensure that whatever I designed would be as simple as possible to navigate, I decided to design the entire app exclusively using my phone, using image and article searches and the app Inspr for the actual designs. I included a “Share” tab on each screen to promote this sharing of content to remove any trace of paternalism, often an endemic trait among news sources, and one that could potentially prevent their penetration in small, rural, areas where people feel like mainstream news “isn’t for us.”

My home page is similar to that of existing news sources in that it is broken down into different sections, however in this case the sections are depicted solely by pictures. Ideally the section topic is entirely recognizable by the picture alone, which can mean either a topical image such as Donald Trump for the Politics section, or a general picture (two lightbulbs shaking hands over a ‘business’ sign for the Business section). In either case, the picture would ideally be simple enough that it could be rendered in low-resolution, which would work for our customers who only have access to low-end technology and internet.

At the top of the page there is also a slider between “News” and “Info”. The idea here is that
people intuitively understand how sliders work so they can pick where along the
slider they’d like to land and adjust the stories they get accordingly, so they
can personalize their stories. In describing the two ends of the slider I included emojis because these are language-free pictures that describe
certain situations, which is ideal for an app like this in which we want to get
as much information across as possible with as few words as possible words. At the top right there is again a share tab, to promote the app.

For my piece of content, I chose to lean instructive, with a story on why businesses should go cashless. This is currently a serious issue in India, as the government is currently drastically reducing the cash supply to increase monetary movement and limit corruption. Without a clear alternative to cash, this shift leaves small business owners in a serious state of flux. Hopefully this content would therefore be a particularly relevant topic for my desired audience of only semi-literate new smartphone users, who probably don’t yet realize the full capabilities of their phones. Going cashless also reduces crimes and limits friction and unnecessary trips to the bank, all potential conveniences for my readers. To access readers’ emotions and concepts close to the bottom of Maslow’s Hierarchy of Need, I again tried to include as many emojis and pictures as possible, and used red text to convey cash’s danger, and green to convey the convenience of going cashless. 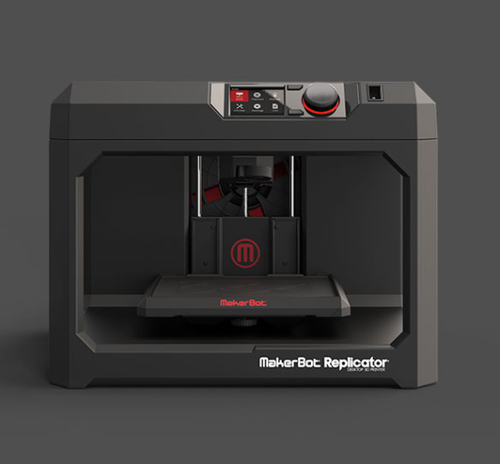 What I’ve Got: Makerbot Replicator 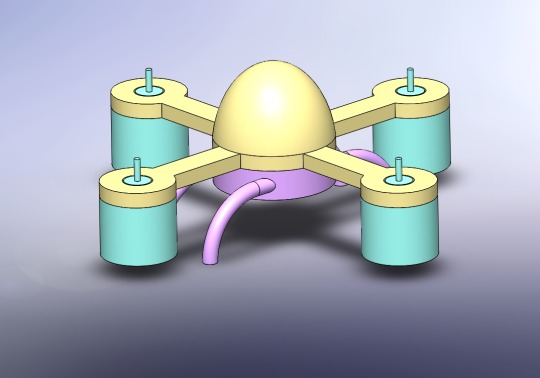 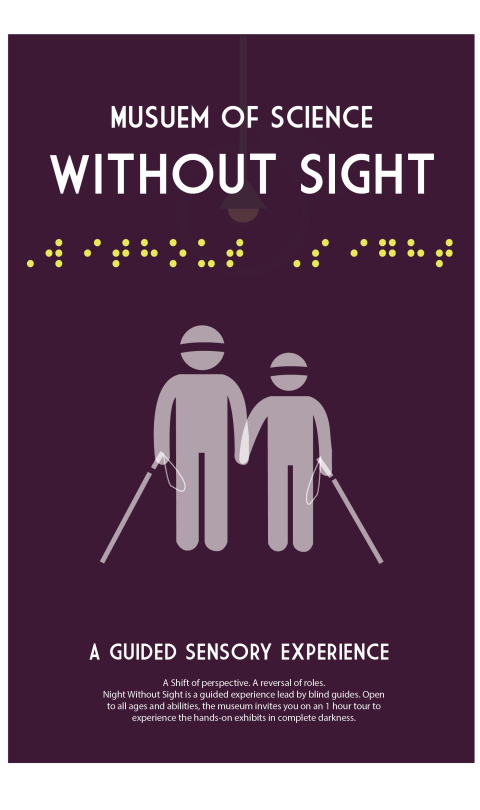 A Museum Experience: Without Sight