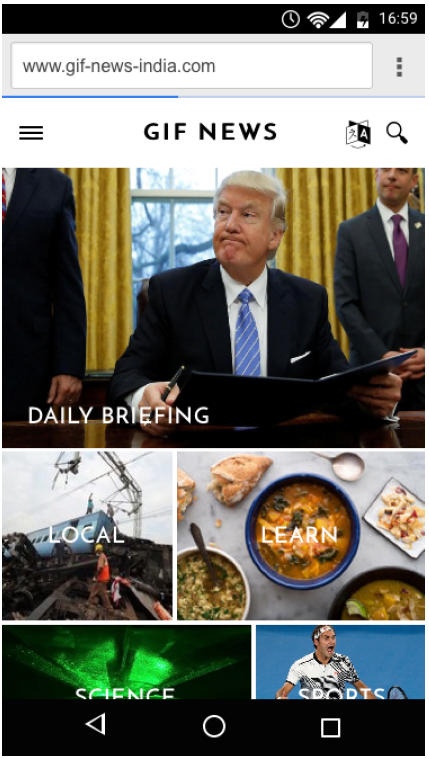 GIF News is a mobile-first
website that conveys news and educational content through GIFs. More compelling
than a static photo and more immediate than web video, the GIF is a uniquely
digital mode of conveying ideas and emotion. It is especially well suited for
educational content like tutorials and science, as well as entertainment news
like sports highlights and celebrity gossip.

The homepage, which is a
collection of tiles that take the user to a specific category, is intuitive to
navigate for the semi-literate. The first tile will always be a Daily briefing,
which sums up the major event of the in a set of GIFs accompanied by short
phrases, which is the standard format of articles on the site.

As mentioned Hasit Shah’s
article, app discovery is the greatest challenge of a digital startup in India,
and a significant minority (25%) are unable to download new apps. It is likely
these 25% include much of the semi-literate audience that we’re targeting.
Being a mobile website, we’ve reduced the barrier to entry and increased the
ease of sharing to simply sending a link through Whatsapp, which is used by 93%
of those with a data plan.

The website will be initially
promoted through Facebook ads, which is cost-effective (two-thirds of those
connected to internet in India use Facebook, according to Shah’s article).
Compared to comic style news, GIF news is more likely to also appeal to the
fully literate, because even in the western world GIFs are incredibly popular.

*Note: the storyboard is not animated, but assume that all the pictures in the article are GIFs

The biggest of using GIFs is its
inherent shareable nature. We all like to send fun GIFs we come across to our
friends. The website is built to make sharing as easy as possible. Users can
choose to share an entire article with a stick green tab on the bottom right of
the page, or share any of the GIFs within an article with the share icon on the
top left of each GIF. As a result, we can rely on users to promote the website
for us once we build critical mass.

The biggest difference between
reading news online and offline is the added social component. Online, users
can comment articles and interact with each other. How do we make this
accessible to the semi-literate? Through GIFs. The comments section will only
allow posts of GIFs accompanied by a maximum of 140 characters, just like Twitter.
The comments box will include an in-built GIF finder like GIPHY.

The eventual goal of GIF News is
to be like Buzzfeed- low friction, popular on social media, and used people of
all levels of education. 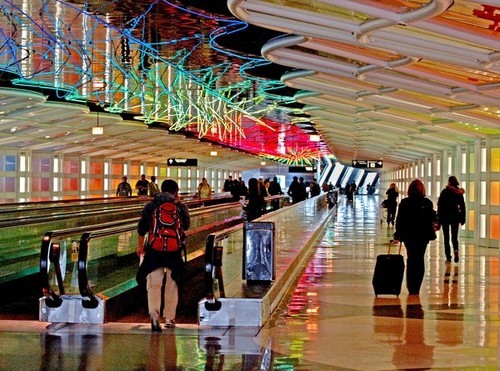 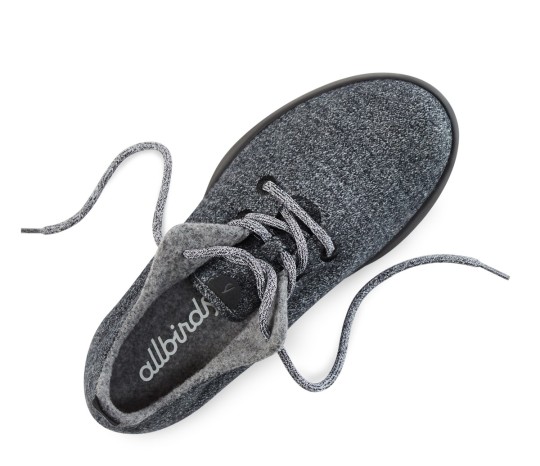 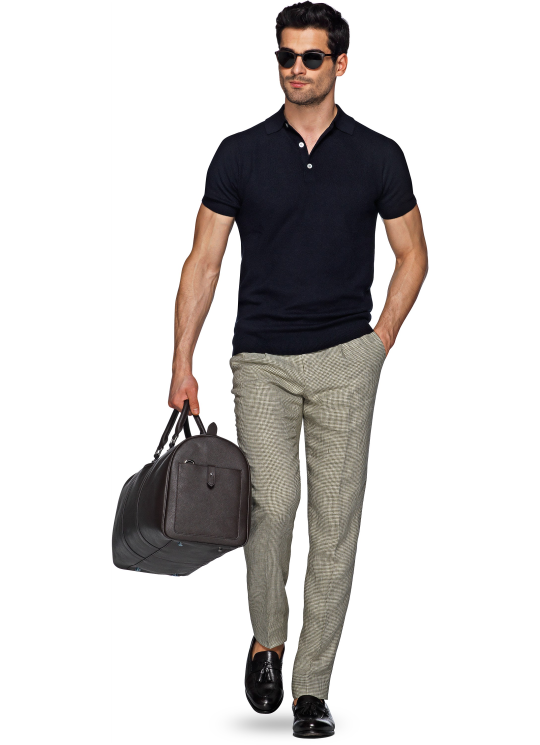 What I’ve Got: The Perfect Polo