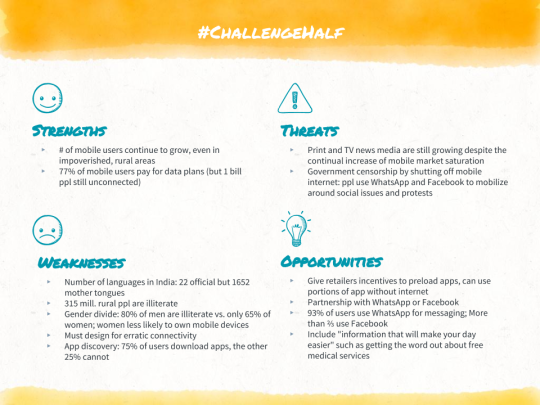 My solution to #challengehalf is “Spasht”, which means “clear” in Hindi. The name, as well as the accompanying logo (which is a pair of glasses) draw upon themes of seeing or understanding something clearly.

My first step in designing Spasht was to create a SWOT analysis for a potential mobile news app targeted at the illiterate rural population across India:

The SWOT analysis influenced some of the key design elements of Spasht:

I decided that a partnership with Facebook was crucial due to the popularity of Facebook (2/3 of mobile users in India use Facebook) and its strengths as compared to WhatsApp:

The partnership will provide Facebook and Spasht with the following benefits:

Another constraint I had to design around was the lack of consistent access to the Internet. In addition, in cases of government censorship, Internet access could be shut off entirely. My solution was to offer an option for users to be able to access content that does not require Internet to update.

Last but not least, since most mobile phone users in India use their mobile devices for messaging, photos, music, and games (source), I decided to include a gaming component to the app. This was also inspired by the “quizzes” feature in Buzzfeed, which is an interesting way to keep users engaged. Ideally, the games would relate to the news in some way.

After the SWOT analysis, I Googled news in India, and decided to build my graphics around two stories:

I came up with the following Homepage design:

You’ll see that the homepage features a simple scrollable view where users can choose from various graphical news stories. At the bottom are the following navigational menu buttons (from left to right):

And here’s the storyboard:

I created the Homepage design via Sketch and the storyboard via Storyboardthat.com. Icons courtesy of The Noun Project and Facebook.

What I’ve Got: McDonald’s Collectibles 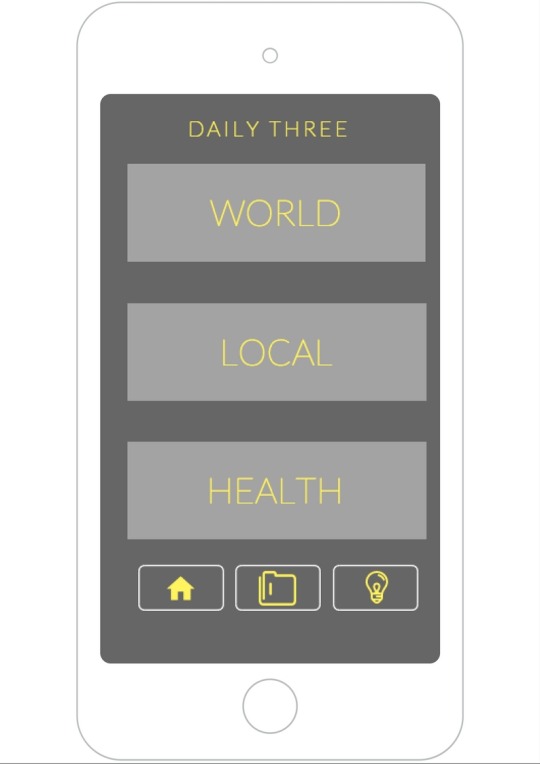 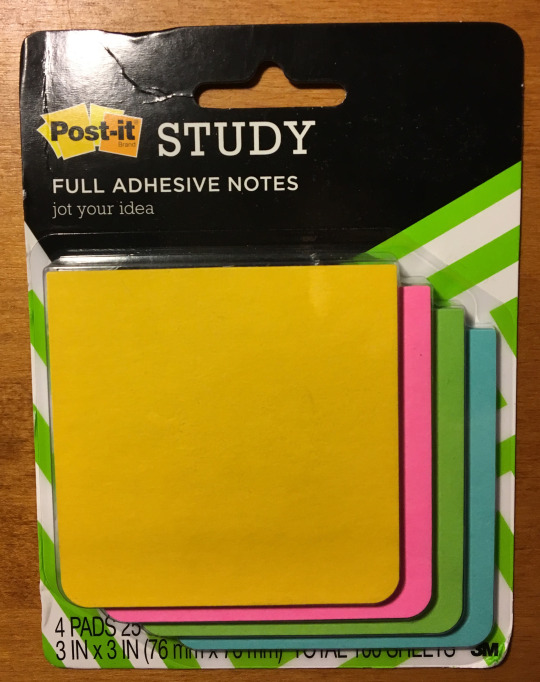