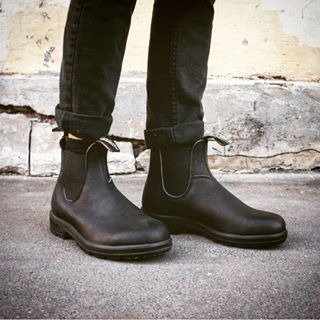 In the search for a pair of durable boots for the winter that looked nice and didn’t cause me to trip myself on the lace-hooks every 10 minutes, I saw my friend wearing her Blundstones and had to ask about them.  An adaptation of the classic Chelsea boot whose design to credited to Queen Victoria’s personal shoemaker, Blundstones (or “blunnies” as they are lovingly referred to) are an Australian work boot developed in the late 19th century.

A form now considered to be stylish, these elastic sided boots are intended as work boots due to their ease of taking on and off, all day comfort, and lack of tongue which prevents dirt and water from easily getting inside.  Nowadays, they are popular among many as they are weather resistant and very sleek in profile.

The use of elastic in shoes in some ways mirrors that of velcro, in previous decades often seen as materials reserved for small children whose ability to fasten their footwear is limited, but now are coming back into the market.  Unlike recent trends in activewear shoes (like Nike and Adidas), Blundstones have endured and are regarded just as highly today as they were in the twentieth century, albeit with a much broader audience.

Their popularity was made possible by the invention of vulcanized rubber (the flexible, elastic sides), which allowed them to be constructed out of only a few pieces of leather in addition.  Nowadays, Chelsea boots have seen a long and colorful history from Queen Victoria’s closet to the issued uniform of the stormtroopers in Star Wars. 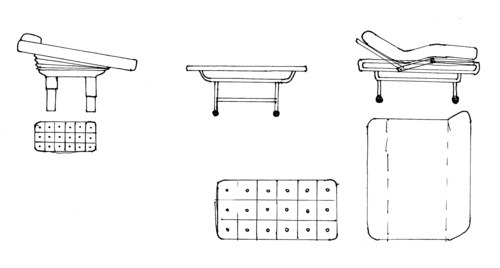 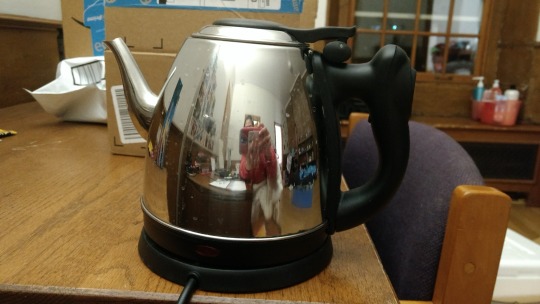 What I’ve Got: Electric Kettle

What I’ve Got: Swell Water Bottle