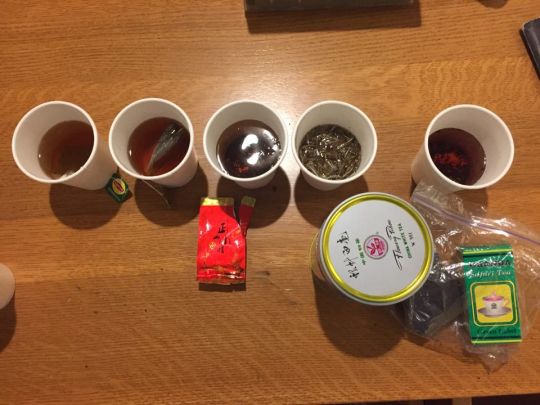 I did tastings of different teas and chips.

I love tea. Because of this, people frequently bring me teas when they come back from places. I decided to pull three teas from abroad and one from a local store and one from the d hall. I let all of them steep for about 3 minutes.

First, I compared the green teas.

The Lipton Green was purchased last year before spring break for a class trip to an observatory in Arizona. It’s probably the cheapest of the five teas (relative to the living costs of the teas’ origins). It has a really light, herbal smell with an amber color. Its taste is thickly bitter with a slight tartness.

The Bigelow Green also has some sentimental value to me since I drink it most frequently. It’s easily available in the d halls. It has a really sweet, herbal smell, my favorite of all the teas. It has a dark amber color, but its taste is slightly burnt and papery. It’s taste is also really faint, but less so than Lipton’s.

Between these two, Lipton wins.

Then, I compared the two Chinese teas. Because I have completely lost my ability to read Chinese, I will refer to the teas as just Red and White.

The Red has a thick, flower smell and a dark red color. It has honey tones, though no sweetness. It also has tastes of flowers. It is slightly astringent.

The White tea is the most valuable of the teas. It has a strong, flowery smell and a yellow color. It has really subtle tastes. It is tart, almost citrusy, with a slightly bitter aftertaste. It also has an astringent feel to it.

Between these two, I preferred red.

Finally, I tasted the Ugandan tea. This was given to me by a friend who spent a summer in Uganda. It has a faint syrup smell and a dark brown color. Unlike the other loose-leaf teas, it consists of really small particles of tea.

Between the Lipton, Red, and Ugandan, the Red tea is my favorite. Though I have fond associations with Bigelow Green, I actually consider it to be the worst-tasting tea. Clearly, I value it for its convenience more than its taste.

I compared them in pairs.

The Cape Cod chips are very greasy. It is also really crispy, a aspect that I really value, while not being too thin. It’s not very salty; in fact, it has a very low taste in general. It’s basically the traditional chip.

The Terra Real Vegetable Chips are really different than usual potato chips. They are not oily and have really bright colors. Each different vegetable has a really different flavor. Sweet potato, batata, and beat chips had really strong flavors, with a slightly pungent aftertaste. Others had very subtle flavors of their vegetables. These were not as crisp as the Cape Cod.

I preferred the traditional chips. The vegetable chips just aren’t quite the tastes that I like.

Stacy’s Pita Chips have a really strong bread smell. They are subtly salty. They have a satisfying crunch, but it’s not what I would consider crispy. They don’t have a feeling of greasiness, but they becomes grainy really quickly.

The Deep River Salt & Pepper have a really strong, dominating pepper taste. It’s also the most salty. It’s crispier than all others, but thicker than Terra. It’s greasy, but less so than Terra.

I really like the taste of pepper in the Deep River chips.

Overall, my favorite chips were the Deep River chips. I really value the feeling of crispiness, while also maintaining a thick chip. Of course, the pepper taste also helps propel it over all the other flavors. 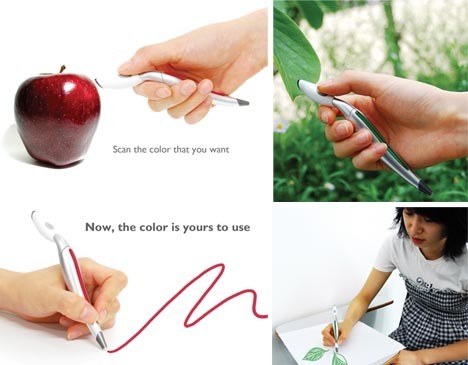 What I’ve got: Scan + Draw Pen 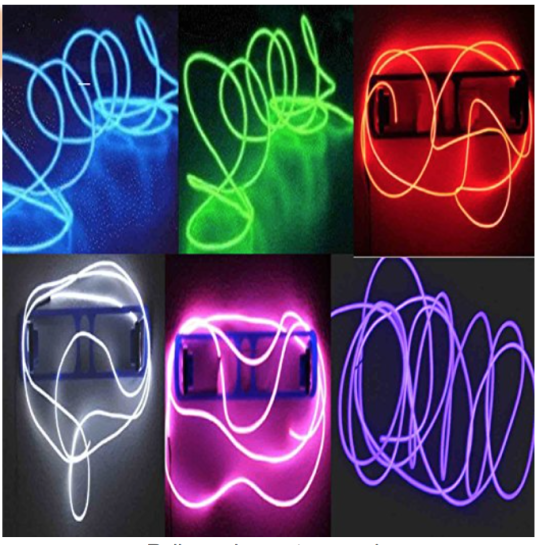 What I’ve Got: Fake Neon Lights 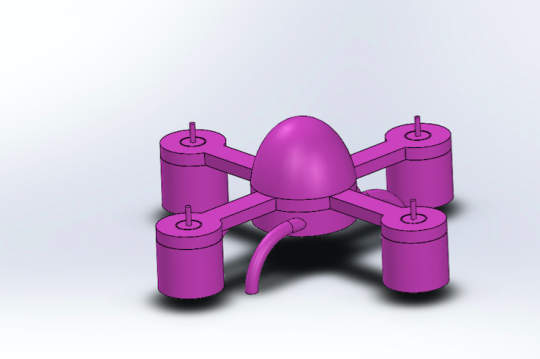